Mirror of the Philosophers 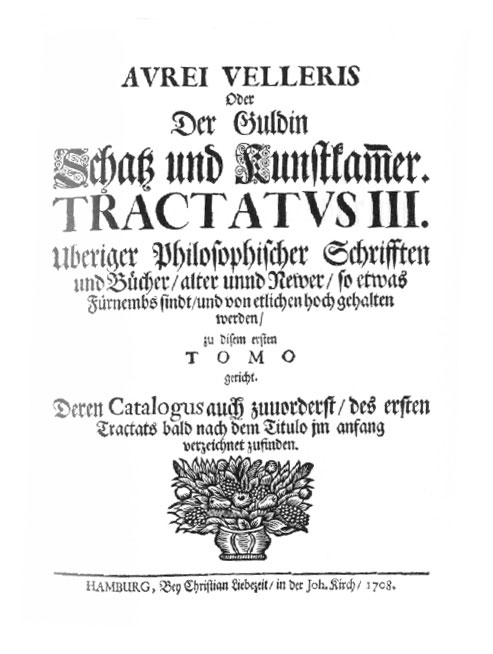 This is, to my knowledge, the first English translation of the Mirror of the Philosophers from the original German as published in the Aurei Velleris (1708). I have not translated the entire work, which includes what we might call “glosses” on the illustrations and captions by traditional pseudonymous alchemical authors like Arnoldus, Hermes, and Thomas Aquinas. Rather, presented here are the original illustrations and captions in the series. There are numerous versions of this alchemical series, including one in the British Library, British Library MS. Harley 6453, which is transcribed and available online via Adam McLean’s Alchemy Library. Other versions of this work are known as the Pretiosissimum Donum Dei, or “Most Precious Gift of God,” and it would appear that the English version in the British Library is a rough translation of the captions from the German, albeit with almost entirely different glosses. I suggest this likelihood because of certain minor translation errors—the original German caption to illustration eight refers in fact to the “Dark Ascent,” which in the English version becomes “The Dark House.” Such a change almost certainly came about due to translation from the German. This is a classic alchemical text, including not only enigmatic text, but a widely known series of illustrations as well, and as such is an excellent example of the ways that alchemists sought to convey their art.

Mirror of the Philosophers

Whoever desires to know the highest and most true knowledge of the Art and Wisdom of the high Wisdom should study this little book diligently, earnestly reading it over so that it brings them their wished-for goal.

Our matter is a Virgin. Its mother has conceived nothing. Come here, my beloved above all; we will help one another and bear a new son, who is not like his parents. [der seinen Eltern nit gleich wirdt]. This is a king with a red head, black eyes, and white feet. This is the magistery.

See, I come to you, and am wholly prepared to conceive a son whose like there is no other in the wide world.

We will go and seek the nature of the four elements, which the alchemists bring forth out of the belly of the earth.

Here see the solution of the wise, and therefrom, our quicksilver.

Our stone is unyielding, a light, long, and noble sound that kills and makes alive.

The Stone is Prepared Together Out of the Four Elements

Here give up the body wholly to the living quicksilver, that is, in the water of our Mercury, and make therefrom an enduring, lasting water.

O Luna, through my friendly glimpse

Are you seen as beautiful as I.

O Sol, you confer light upon all

Putrefaction of the Wise, the Raven’s head

Here find the bodies in putrefaction, and becoming earth, and when you will see the blackness like this, then you know this blackness is the beginning of your work.

What is over the materia are dark clouds, fog, or smoke. This earth arose above the water in another vessel, from the base of the vessel, and there awaken worms.

Still more, the wise see that the materia is fat and that in the beginning this becoming-fat came from the water, and they see that the earth that sinks in the water and lays on the bottom under the water, which earth was colored yellow, is now black and stinking, and they say that this is the true destruction.

That is the black and stinking earth of the wise, wherein awaken worms. There one swallows the other; there one thing destroyed is the other thing born. Then this earth is at the bottom of the vessel, and wholly dissolves itself in the water as before.

Raven's head: that is, the Oil of the Wise

Here is born the new black son, whose name is called Elixir. The same black stinking earth has transmuted itself into the living quicksilver, and has dissolved itself in an oily color, which is named the oil of the wise.

Here the water rises to become truly white, and the dragon eats his own wings.

And then there is throughout a dragon who eats his own wings, and many colors arise from him; then many colors change in many ways from one into another, until finally they come to one enduring color.

The Dark Ascent: Suspension of the Wise

Here the whole blackness purifies itself and becomes white as milk.

No more is the black wholly black, for many colors appear in it, and the Virginal milk is whitened.

An Ash of Ashes

The dark cloud descends into the body from which it came out, and unites the earth and the water, and becomes ashes.

I am the elixir [out of] to the white; I transmute all incomplete metals into silver that is better than the silver from the earth. Of this elixir even a thousandth part transmutes the living quicksilver into the purest silver.

I am the elixir to the red, and I transmute all incompleted bodies into the purest gold that is better than the gold [brought] out of the earth; and so one who takes a part out of a thousandth part of this elixir to the living quicksilver will have found it coagulated and made red so that it is transformed into the purest and most authentic gold.